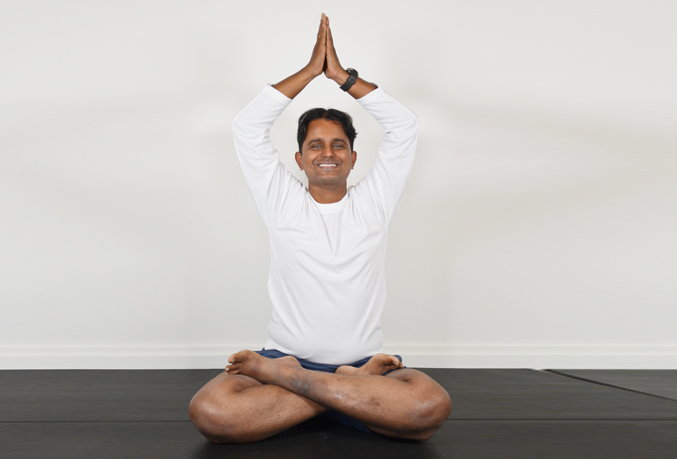 Master Vishnu Kumar  is a qualified Ayurveda and Yoga Therapist who hails from a traditional Indian family near Tirupathi, the holy city. He holds Master of Yogic science and master of philosophy in yogic science and currently pursuing his Ph.D in yoga.

He has worked as a chief Yoga Therapist at Asana Andiappan Yoga College, Chennai, South India for over 8 years and has done extensive research work in Hatha Yoga and Ayurvedic Science. Besides his Professional Yoga Degrees, he is also MBA graduate in health care management. He has received a Yogaacharya Award from the Chief Justice of Madras High Court in 2010 for his contribution in Yoga Theoretical Excellence and Ayurveda propagation in India and abroad.

He has mastered his Hatha Yoga Practice and Yoga Therapy under the direct guidance of the legendary Guru Dr.Asana Andiappan for over 15 years. He has learned Babaji's Kriya Hatha yoga and Ayurveda Marma Sashtra since his young age from his grandfather who hails from a traditional Ayurveda Varma family. Though all of his brothers and sisters are modern medical doctors, he has decided to dedicate his life to do extensive research in Indian yogic science and medicine. Some of his teaching style includes Yoga Therapy is based on Ayurvedic Tridoshas Imbalances in the body.

He also teaches tailor made yoga programs for corporate executives and traditional yoga classes such as Hatha Yoga, Pranayama & Meditation, Postural Alignments in Yoga Therapy. He conducts his classes in a very detailed oriented and full of knowledge and self research.